I am happy to note that this blog has now crossed 4 million views! It crossed 3 million just over a year ago. Almost all the traffic comes from Google. There are close to 2000 posts and the traffic is spread over a long tail of posts.

When the blog crossed 3 million views, I also renamed it from ChooruCode.com to CodeYarns.com. Though it seemed sensible at that time, in hindsight it turned out to be a bad idea. Google immediately cut traffic in half after the rename and it never recovered from that. Other than that halving of traffic, month-on-month traffic is pretty stable as seen in the above plot. 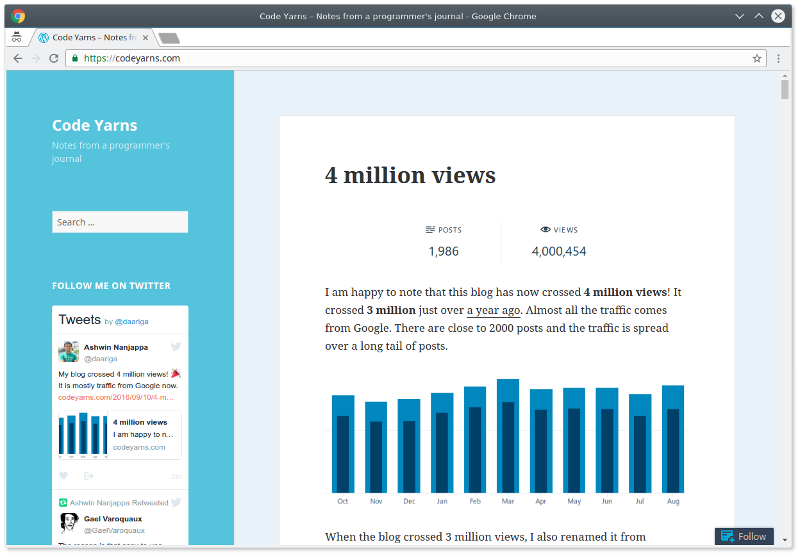 These days I mostly use my Twitter account [@daariga](http://twitter.com/daariga) to both consume and share. I have to admit that after Twitter there is very little energy left to write blog posts! Also, family and work are increasingly bigger consumers of my time, not that I am complaining. I next look forward to seeing how long it takes to cross the big 5 million 😊