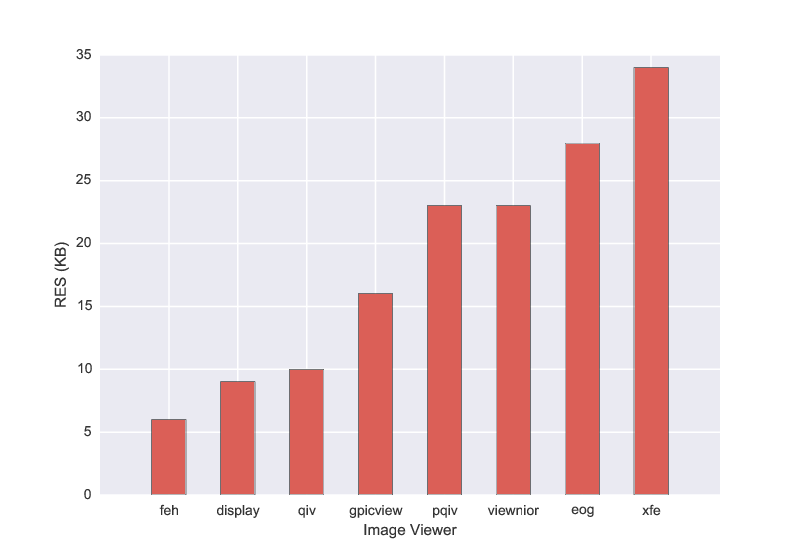 I use image viewer programs all day long to examine images captured from different sources. I was curious to see how much memory different viewers used. This might help in picking the right image viewer for a resource constrained system.

I looked at resident memory (RES) that is the actual RAM used by the viewer. I also looked at virtual memory (VIRT), since the viewer might require the OS to load many libraries.

The results are shown above. It can be clearly seen that Feh does pretty well and is my choice for a minimal image viewer.