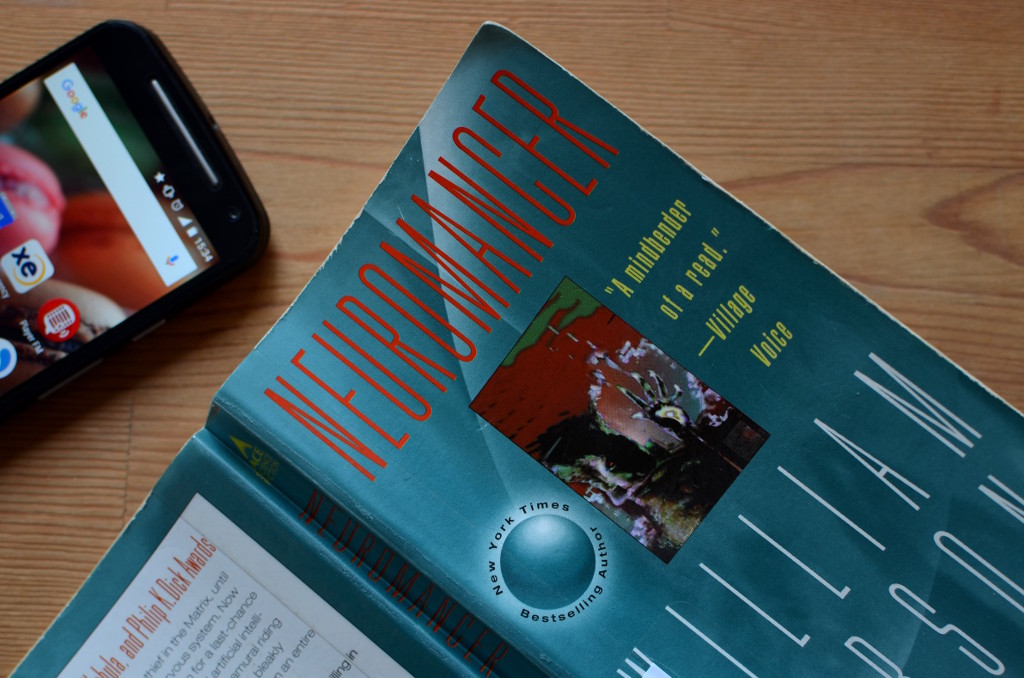 Concepts and visuals from movies such as Ghost in the Shell, Inception, Dark City and The Thirteenth Floor kept swirling in my mind as I turned the pages of Neuromancer. Anyone who reads this 1984 sci-fi novel by William Gibson will have no doubt that these movies have borrowed heavily from its ingenious inventions and plot.

The futuristic story begins in a Japan that is right out of Blade Runner. (This movie was released two years before the novel). The protagonist is Case, a former cyberspace hacker who is living out his last days among the dregs of the underworld. Cyberspace here refers to the interconnected worldwide network which a user can navigate by donning a headset and melding their consciousness into an online virtual reality avatar. Hackers can also share the consciousness of another cyberspace user, if allowed. Things start looking up for Case when a mysterious benefactor named Armitage and his female bodyguard Molly help regain his old powers in exchange for his hacking services. As Case starts to finish his assigned nefarious tasks one by one he realizes that he and his team are being guided and controlled by an enormously powerful artificial intelligence (AI) named Wintermute. He must figure out who Wintermute is fighting and why.

This slim novel comes loaded with acclaim. It is said to be the cyberpunk novel and is credited with introducing the word cyberspace. In my opinion, the entire plot and visuals of The Matrix movies have been literally lifted from this book. Even in 2015, the ideas and the vision in this work stand tall! However, I felt that the storytelling itself was quite weak.

I loved the first part which introduces its sleazy dystopian world. The hacking adventure that follows is lackluster. The problem is not the plot, which is incredibly beautiful, as I discovered on reading it on Wikipedia after I finished the book. The vision in Gibson's mind just does not materialize through his muddled descriptions and conversations. Neuromancer is a short and quick read, filled with an imagination that is epic and a writing that is not.

“The matrix has its roots in primitive arcade games,” said the voice-over, “in early graphics programs and military experimentation with cranial jacks.” [...] “Cyberspace. A consensual hallucination experienced daily by billions of legitimate operators, in every nation, by children being taught mathematical concepts ... A graphic representation of data abstracted from the banks of every computer in the human system. Unthinkable complexity. Lines of light ranged in the nonspace of the mind, clusters and constellations of data.”