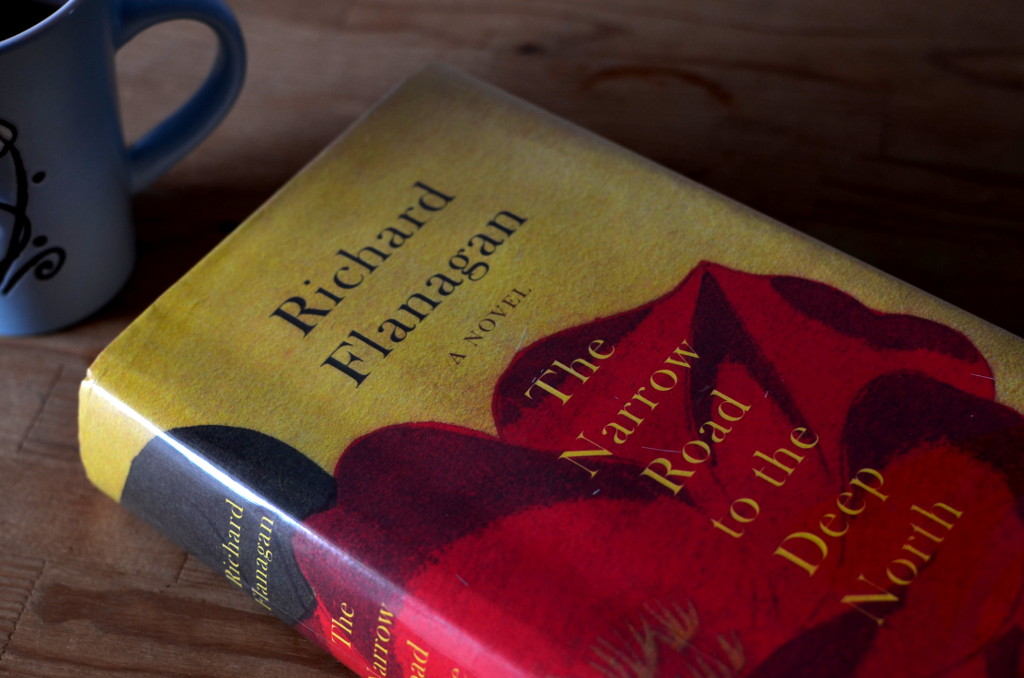 A world of dew, And in every dewdrop, A world of sorrow. -- Issa

Elegiac haiku and poem snippets like these pepper the dark pages of the WW2 novel The Narrow Road to the Deep North. Written by Australian author Richard Flanagan, the story is centered around a group of Australian prisoners of war (POW) and their Japanese captors, while they worked on the Death Railway and the resulting mental trauma on them after the war.

The Thailand-Burma railway line which cuts through dense tropical jungle was miraculously completed in just one year by the Japanese army using POWs and coolies as slave labour. The line is infamously named so for the heavy death count it extracted due to cholera, hunger, torture and atrocities: ~100,000 South-East Asian coolies and ~10,000 British/Australian POWs. Many of the Japanese and Korean captors who committed these horrendous acts were tried for war crimes after the war.

The book is roughly divided into three parts, covering the before, during and after lives of POW Dorrigo Evans, his Japanese captor Nakamura and other characters from a camp on the Death Railway. The story builds up to the dreadful happenings of a single day on The Line and its effects on those present there. There are many simplified movies and works (like Bridge on River Kwai) made about The Line. Thankfully, the characters in this book are complex, flawed and feel real. Dorrigo is a Tasmanian, who caught up in the eddies of life, ends up as an Army surgeon POW and is forced by circumstances to lead his men. Steeped in their Emperor's propaganda and the supremacy of their race, normal Japanese people like Nakamura are brainwashed to effect unthinkable atrocities on their prisoners. The crushing defeat and the destruction of Japan by atomic bombs, takes a depressing toll on the Japanese survivors. On the other hand, the POWs, though celebrated as war heroes, never quite escape their traumatic experiences and struggle to adjust back in normal society.

Going into the book, I was a tad afraid that the torturous subject of The Line would be milked for maximum drama. Not so. Filled with flashbacks and flashforwards, what takes center stage is the pre- and post-lives of the main actors. The damp mood in the passages is lifted by Dorrigo, a connoisseur of classic English poetry and his captors, who similarly relish in the haiku of Basho, Buson and Issa. The verses picked by Flanagan are truly exquisite and the book is worth reading just for the poetry itself.

I picked this book after reading a review in The Economist. Though it surely is not as heavenly as claimed there, I did love it! The story spans from the bush of Tasmania to Australia to Thailand and post-war Japan. The romance of Dorrigo and Amy is a bit cheesy, but it helps lighten the bleak pages and I kept rooting for them. The prose does get too flowery in places, where maybe Flanagan should have held back from using his thesaurus.

Flanagan's father was a POW on The Line and that is a strong influence in this book and in the character Dorrigo. This work won the 2014 Man Booker, which it probably deserved. Much like Julian Barnes, another Man Booker winner (for 2011), playing with words comes easily to Flanagan and the quality of writing here is strong. This is a good book whose visual imagery and tragic characters are sure to remain etched in memory.

That first unforgettable success at a school game:

And on the third day, he found himself up close to the back of the pack when, over their shoulders, he saw a wobbly drop punt lofting high towards them. For a moment it sat in the sun, and he understood that the ball was his to pluck. He could smell the piss ants in the eucalypts, feel the ropy shadows of their branches fall away as he began running forward into the pack. Time slowed, he found all the space he needed in the crowding spot into which the biggest, strongest boys were now rushing. He understood the ball dangling from the sun was his and all he had to do was rise. His eyes were only for the ball, but he sensed he would not make it running at the speed he was, and so he leapt, his feet finding the back of one boy, his knees the shoulders of another and so he climbed into the full dazzle of the sun, above all the other boys. At the apex of their struggle, his arms stretched out high above him, he felt the ball arrive in his hands, and he knew he could now begin to fall out of the sun.

Cradling the football with tight hands, he landed on his back so hard it shot most of the breath out of him. Grabbing barking breaths, he got to his feet and stood there in the light, holding the oval ball, readying himself to now join a larger world.

A good book, he had concluded, leaves you wanting to reread the book. A great book compels you to reread your own soul.

She glanced at her husband, a look in which Dorrigo glimpsed a complex mud of intimacies normally invisible to the world — the shared sleep, scents, sounds, the habits endearing and frustrating, the pleasures and sadnesses, small and large — the plain mortar that finally renders two as one.

Cholera and other diseases killed many POWs in the Death Railway camps:

Rows of naked men lay like stick insects dying after some strange swarming, so many cicada husks rising and falling on the woven bamboo, lying not parallel but at strange angles to one another, dulled bug eyes wide and vacant, chicken carcass chests rising and falling the only outward sign of life.

The blind obedience of the Japanese to their Emperor and code of honour:

There was no choice in any of this: one existed for the Emperor and for the railway — which was, after all, the embodiment of the Emperor’s will — or one had no reason to live or even die.

Nakamura no longer seemed to Dorrigo Evans the strange but human officer he had played cards with the night before, not the harsh but pragmatic commander he had bartered lives with that morning, but the terrifying force that takes hold of individuals, groups, nations, and bends and warps them against their natures, against their judgements, and destroys all before it with a careless fatalism.

After the war, the Japanese emperor walked free while the soldiers who followed his orders were tried and hanged:

Others denied responsibility, pointing out the impossibility of a lowly guard or soldier refusing to recognise the authority of the Japanese military system, far less refusing to do the Emperor’s will. In private they asked a simple question. If they and all their actions were simply expressions of the Emperor’s will, why then was the Emperor still free? Why did the Americans support the Emperor but hang them, who had only ever been the Emperor’s tools?

But in their hearts they all knew that the Emperor would never hang and that they would. Just as surely as they had beaten and tortured and killed for the Emperor, the men who didn’t accept responsibility were now to hang for the Emperor.

And in the back seat the three now silent, soot-smeared children absorbed it all — the choking creosote stench, the roar of wind and flame, the wild rocking of a car being driven that hard, the heat, the emotion so raw and exposed it was like butchered flesh; the tormented, hopeless feeling of two people who lived together in a love not yet love, nor yet not; an unshared life shared; a conspiracy of affections, illnesses, tragedies, jokes and labour; a marriage — the strange, terrible neverendingness of human beings.