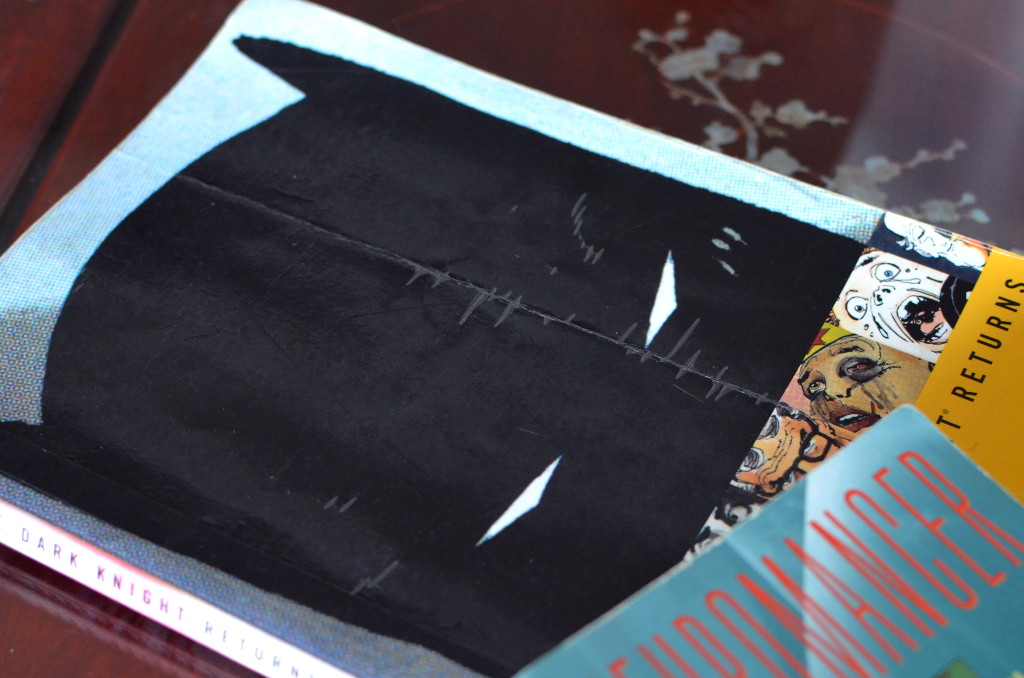 Batman: The Dark Knight Returns is the graphic novel by Frank Miller credited with starting the era of the dark superhero. Batman has hung up his cape a decade ago and Bruce Wayne now wears the moustachioed face of a middle aged man, albeit with a ripped body. Gotham city is slowly being overrun by a criminal gang called the Mutants. When the life of his friend, James Gordon the police commissioner, is threatened, Batman returns in a glory of stiff joints and aching muscles. When he puts the Mutants back in jail, the talking heads on media start questioning why Batman should be above the law. The Commissioner puts out an arrest warrant for Batman. At this time, the Joker is released from prison and proceeds to unleash a high body-count rampage on the city. While he pushes Batman to the edge of his no-kill policy, citizens start protesting against Batman, citing that it is his very existence that makes criminals to creep out of the woodwork.

This is no teenage comic-book world. The characters, motives and actions are multi-dimensional and complex. Threads about a hero returning, having to question his own principles and actions, the change in tide of public opinion on heroes and villains, the story is full of these.

Where I started to lose the plot was in the second half. Superman enters the picture fighting a Russian nuclear attack, fails and plunges Gotham into darkness. He has his own personal rules questioned. When the police do not give up their chase of Batman, he ends up leading the Mutants as a vigilante force! It all starts to roll up into one holy ball of mess.

This novel inspired Christopher Nolan to bring a darker hero for his The Dark Knight Trilogy, to much critical and commercial success. And much like I felt about those movies, while I enjoyed the vision in this novel, it ends up becoming a bit too confusing and implausible. Unlike works like Watchmen by Alan Moore, I came away feeling that to really enjoy Frank Miller you have to be someone who is deeply invested in the Marvel/DC universe, which I am sadly not.