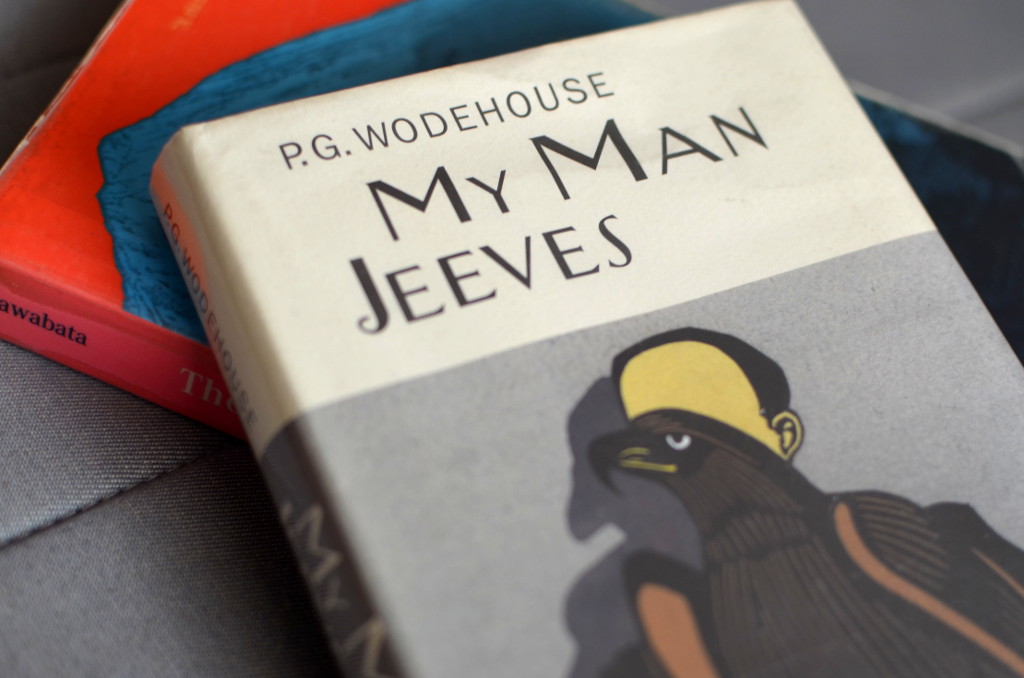 There are few authors who can deliver as reliable a dose of fun as Wodehouse. Especially when the inimitable Jeeves and Wooster are involved. I've been chewing through the Jeeves-Wooster bookshelf in chronological order and for the last few weekends my entertainer was My Man Jeeves.

The short stories in this collection from 1919 feature the second major appearance of the J-W duo. (They first appeared in The Man with Two Left Feet). Also making an entry is Reggie Pepper, who is nothing but another version of Bertie. The plots of the duo gave such a heavy deja vu that I'm pretty sure these were used in the Jeeves and Wooster TV series. (If you've not seen it yet: it stars Hugh Laurie and Stephen Fry and is exquisite, need I say more?)

All the familiar Wodehouse tropes are here: nosy aunts and uncles, girls, inheritance, high society parties and mixups that will magically get corrected before the end. Thinking about the depiction of aunts and uncles, maybe that is one reason why Wodehouse found such a popular audience in India!

The problem with My Man Jeeves is that many of the plots are too similar to each other. Wodehouse is always guilty of predictability, but putting these stories together in the same collection is pure laziness. In any case, this is a breezy rib-tickling read.

She was rather like one of those innocent-tasting American drinks which creep imperceptibly into your system so that, before you know what you're doing, you're starting out to reform the world by force if necessary and pausing on your way to tell the large man in the corner that, if he looks at you like that, you will knock his head off.