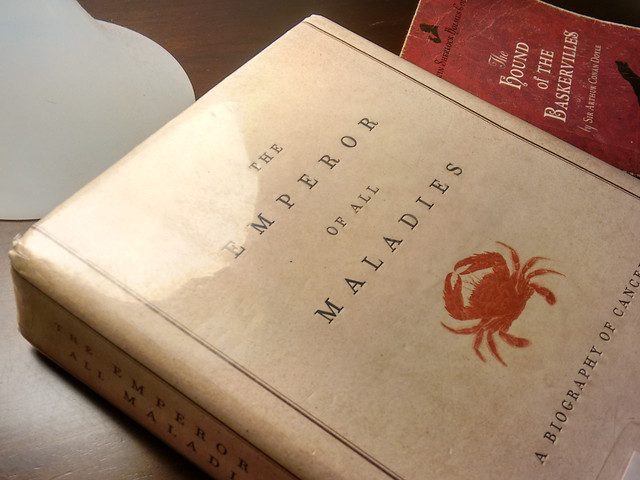 In a world where almost all ailments have been understood and cured, cancer remains the last mystery. It is this stubborn enemy that is the subject of The Emperor of All Maladies written by oncologist Siddhartha Mukherjee. The book traverses the entire spectrum of cancer history, analysis, treatment, its devastating effect on the patients and doctors.

The book starts with the history of cancer, illustrating that humans have had it since time immemorial. The incidence though was minuscule compared to today, mostly due to the high probability of dying from other major diseases. Once those were vanquished, what remained was the enemy within. For the last couple of centuries, the only real attack on cancer was to remove its tumors surgically. Though this delayed its progress, it was almost never a cure. About a century ago, another brute-force method was adopted: chemotherapy. This is literally an attempt to obliterate cancer cells, but again it could usually only stem its progress for a while. It was only at the onset of the last half century that cancer was attributed to carcinogens, substances which could cause cancer. Incidence of lung cancer for example reduced after eliminating exposure to asbestos and waging a war against smoking. The true understanding of cancer started in the 1960s after discovery that its rampant cell division was caused due to mutations in genes. It is only in the last decade that drugs are being developed specifically to inhibit these oncogenes or to allow the working of tumor suppressor genes, thus turning cancer cells back into benign cells.

The book weighs in at 470 pages of main content and does read like an encyclopedic biography on cancer. Among all specialties in medicine, the oncologists see the highest incidence of suffering and death. And this depressing aspect of the disease is vividly presented in the book due to the author's own experience with his patients. After a crackling start, the rest of the first 200 pages of the book seemed like quite a slog. Other than a cancer historian, no one else would be interested in plodding through 100 pages of famous surgeons cutting out tumors by varying amounts. Another 100 pages follows of oncologists trying various cocktails of toxins in chemotherapy and celebrities raising funding for cancer. It is only with the arrival of smoking and carcinogens in the second half that the book gathers momentum and interest. The journey from there to discovery of oncogenes and cancer drugs is truly delightful to read.

The writing in the book is top quality, especially commendable since it is written by a doctor. Every detail is religiously referenced. One does get a feeling in the first half of the book though, that this is being written to win awards rather than to interest a reader. (It did win many literary plaudits.) There is also quite a bit of over-emphasis on the cancer hospitals in Boston, which is where the doctor practices. There is rapid progress in cancer research in the last few years, so I know that the doctor will be writing a second edition to this popular book in 5 or 10 years. Until then, if you can skip or skim through the first 200 pages you are rewarded with a fascinating read on cancer.