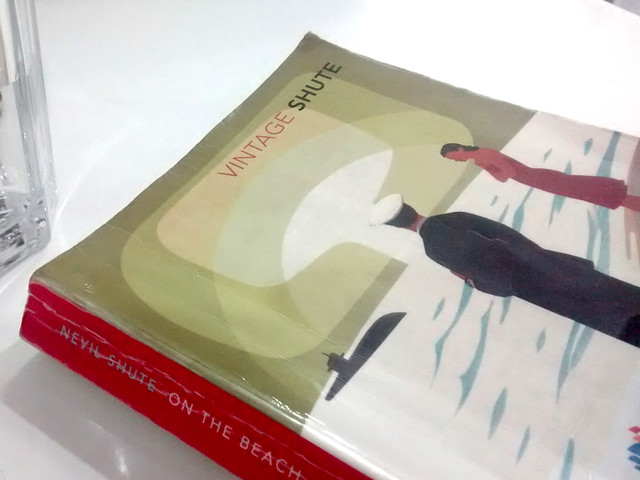 The year is 1963, a few months after a short but disastrous World War III has ended. Countries dropped cobalt nuclear bombs on each other and the spreading nuclear dust cloud has killed almost everyone on Earth. In this shocking setting, Nevil Shute begins his novel On The Beach about the daily life of a Naval officer, his wife, their new baby, a US submarine commander (his new boss) and a girl who falls in love with him. They are living at the Southern tip of Australia in Melbourne, with only a few months to live, as the dust has hit the continent and is spreading slowly down from Cairns. The many journeys of the submarine up the Australian coast and across the Pacific to the West coast of US confirm that there are no survivors there. There is no paranoia here, just the continuation of the humdrum family life and the human delusion until the end. The characters try to be remain unaffected by what is coming, to maintain their sanity and that of their loved ones. As the end nears for the last humans on Earth, they choose to go peacefully.

On The Beach sets a few good hearted people amidst the very last throe of human civilization. The war that caused this immense destruction is never talked about. It is over, there is no point in discussing it and the end is coming. There are no bombastic actions or any preaching about nuclear weapons. It is too late and pointless for any of that. People are trying to have a contentful few months with their loved ones before the impending end. The last few chapters are tragic, but the novel itself is surprisingly bright and easy to read. A lovely testament to the human character by Shute.